In the place where the city of Edirne stands today, in the ancient period there was a Roman town. It was refounded by Emperor Hadrian at the site of a previous Thracian settlement had previously settled. Hadrian developed the city, made it the capital of the Roman province of Thrace, and gave it his name - Hadrianopolis. The most visible traces of this period of Edirne's history are the walls of a Roman fortress, erected during Hadrian's reign. They are now a part of a small archaeo-park, situated at the foot of the Macedonian Tower, in the very centre of the city. 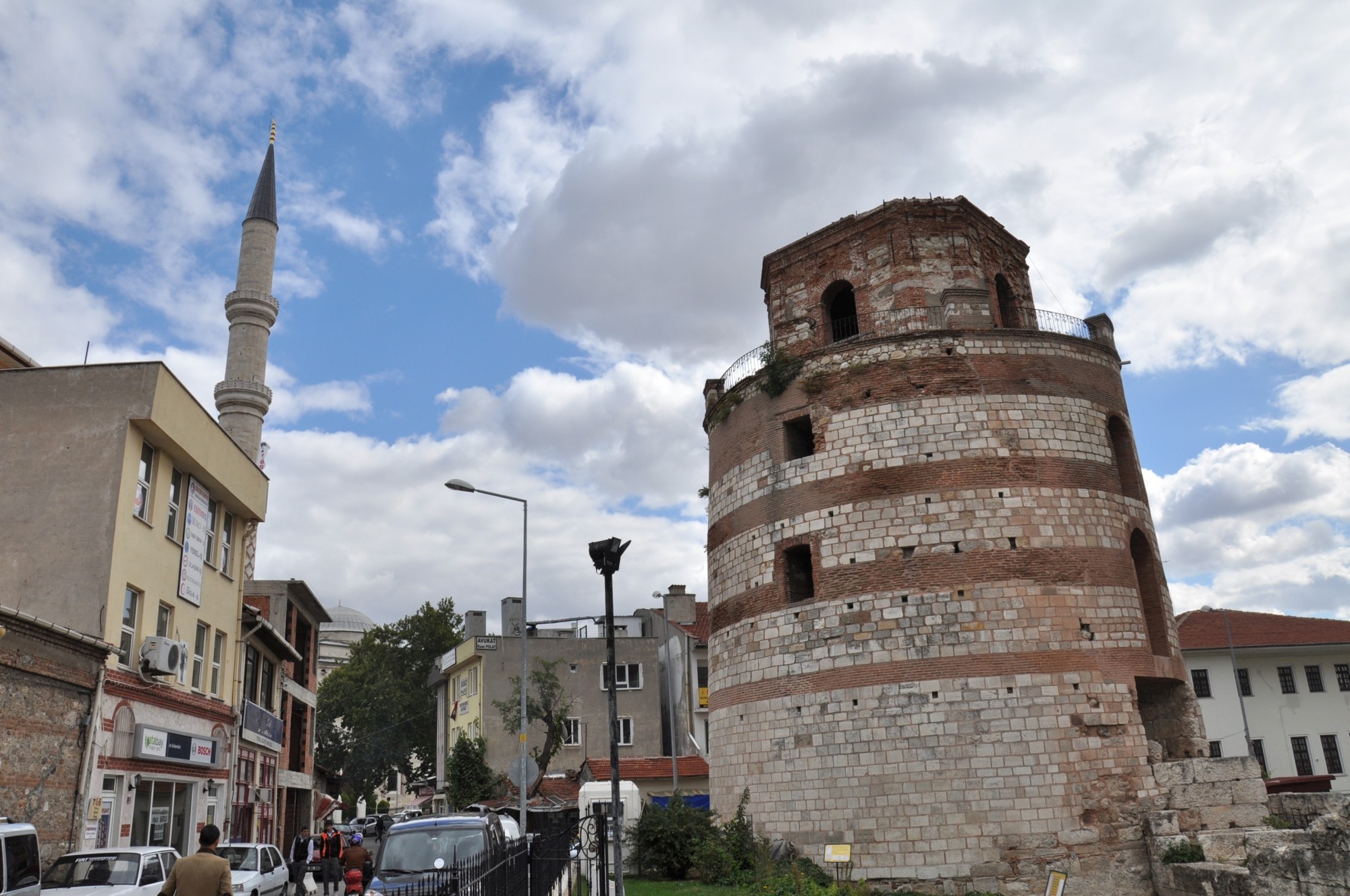 The most characteristic and well-visible structures today are the sections of these ramparts. Their first line - called Hadrian's Walls - was built in the Roman times. The second line of fortifications and a defensive tower are from the Byzantine period, from the 10th century, as testified by the inscriptions on these walls. They were erected to defend the city from the attacks of the Bulgarians. 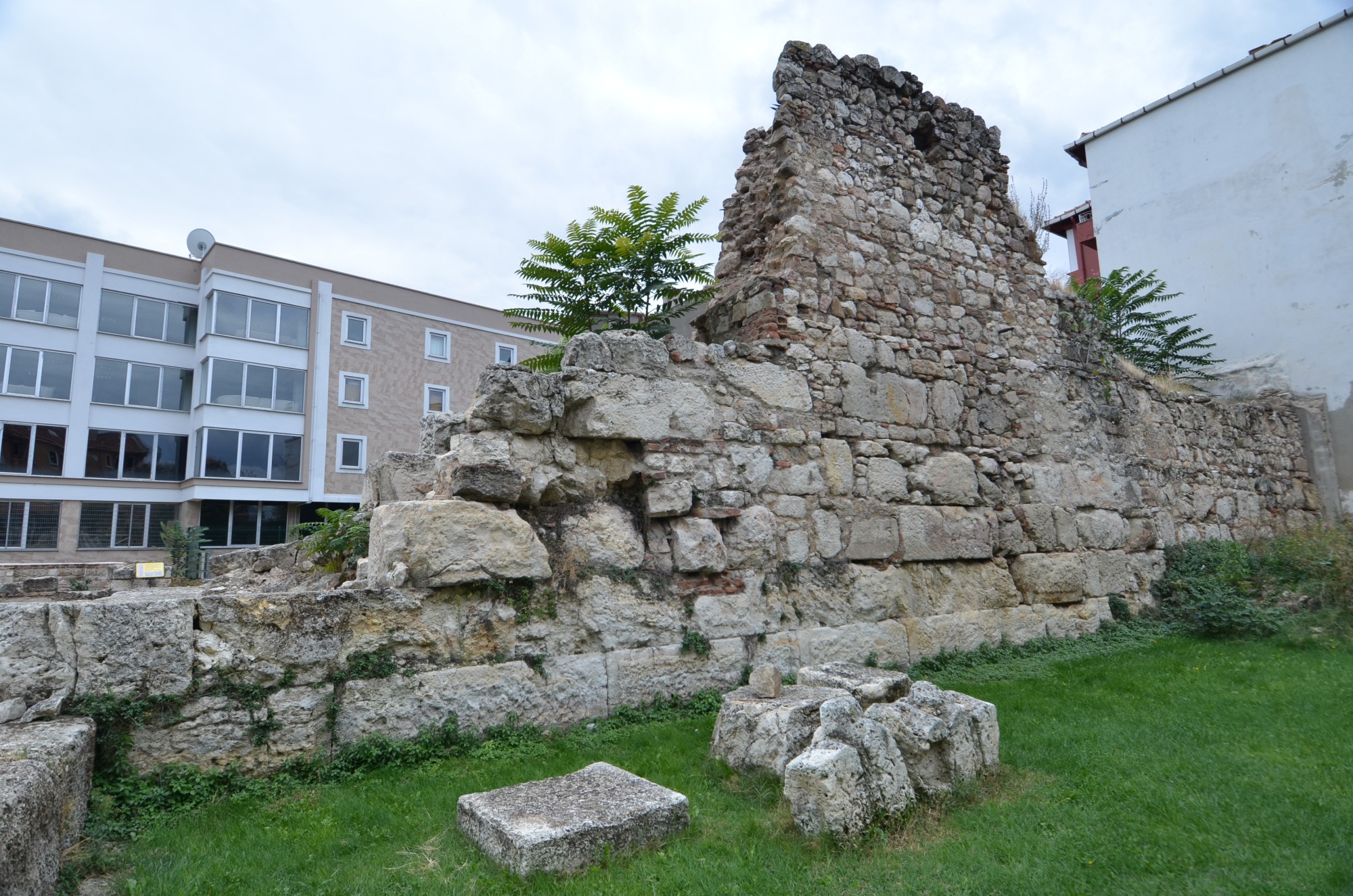 During archaeological excavations, conducted from 1990 to 2003 by a team under the guidance of Professor Şahil Yıldırım, several significant discoveries were made. A Roman-period pottery oven was found and dated back to the 1st century CE. Another furnace, from the 4th century CE, was severely damaged during the attack of the Goths. There are also several ovens from the 10th century, i.e. from the Byzantine era. The ruins of the basilica church are from the same period. 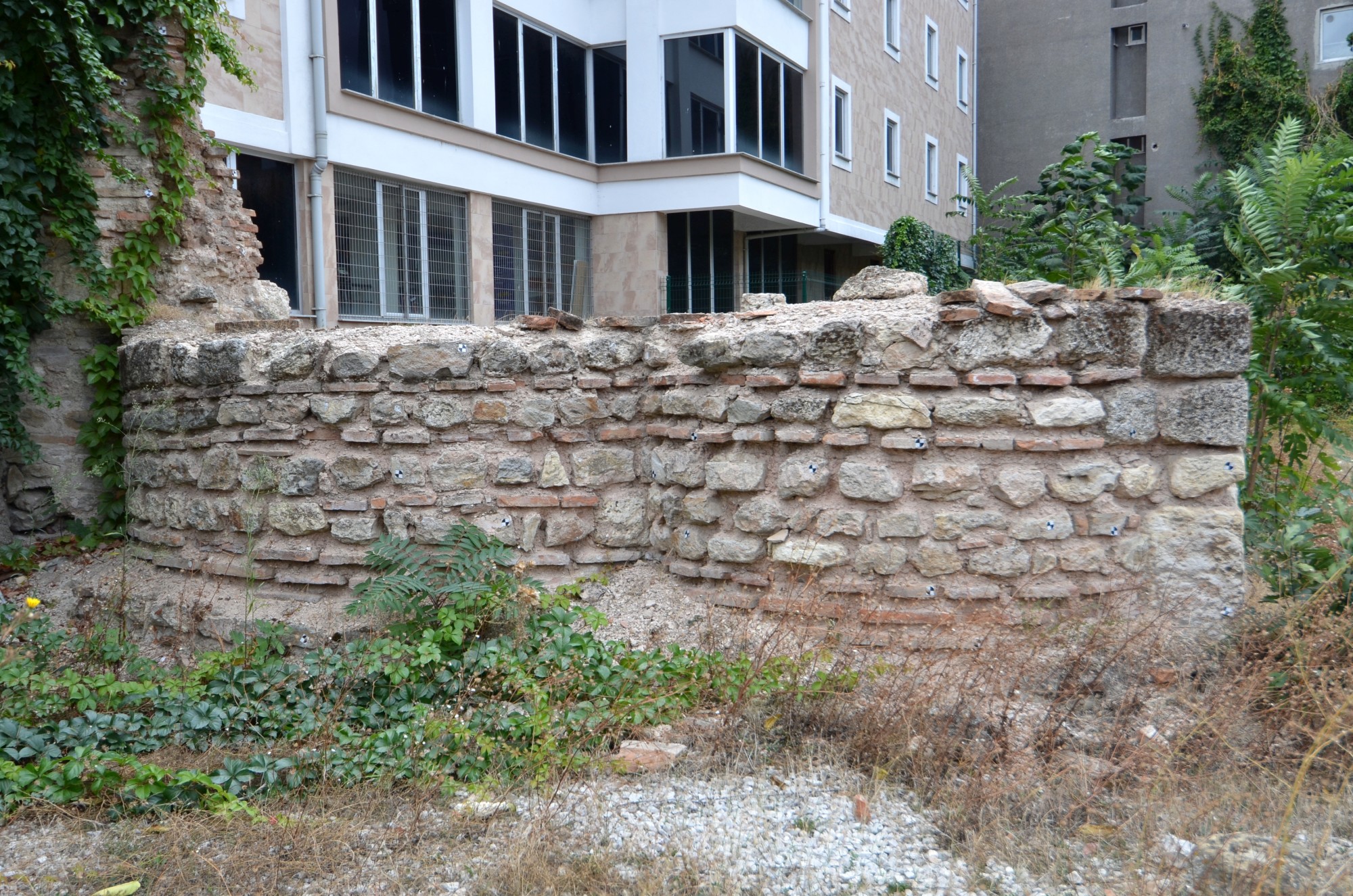 Byzantine necropolis from the 7th-8th centuries, is just outside the city walls. In this location, the researchers discovered nine human skeletons and one skeleton of a dog. According to Professor Yıldırım, lime traces found around the graves may indicate that the people buried there died as a result of the epidemic. Minor finds from Roman, Byzantine, and Ottoman times, discovered during Hadrianopolis excavations, are now in the collection of the Archaeological and Ethnographic Museum in Edirne. 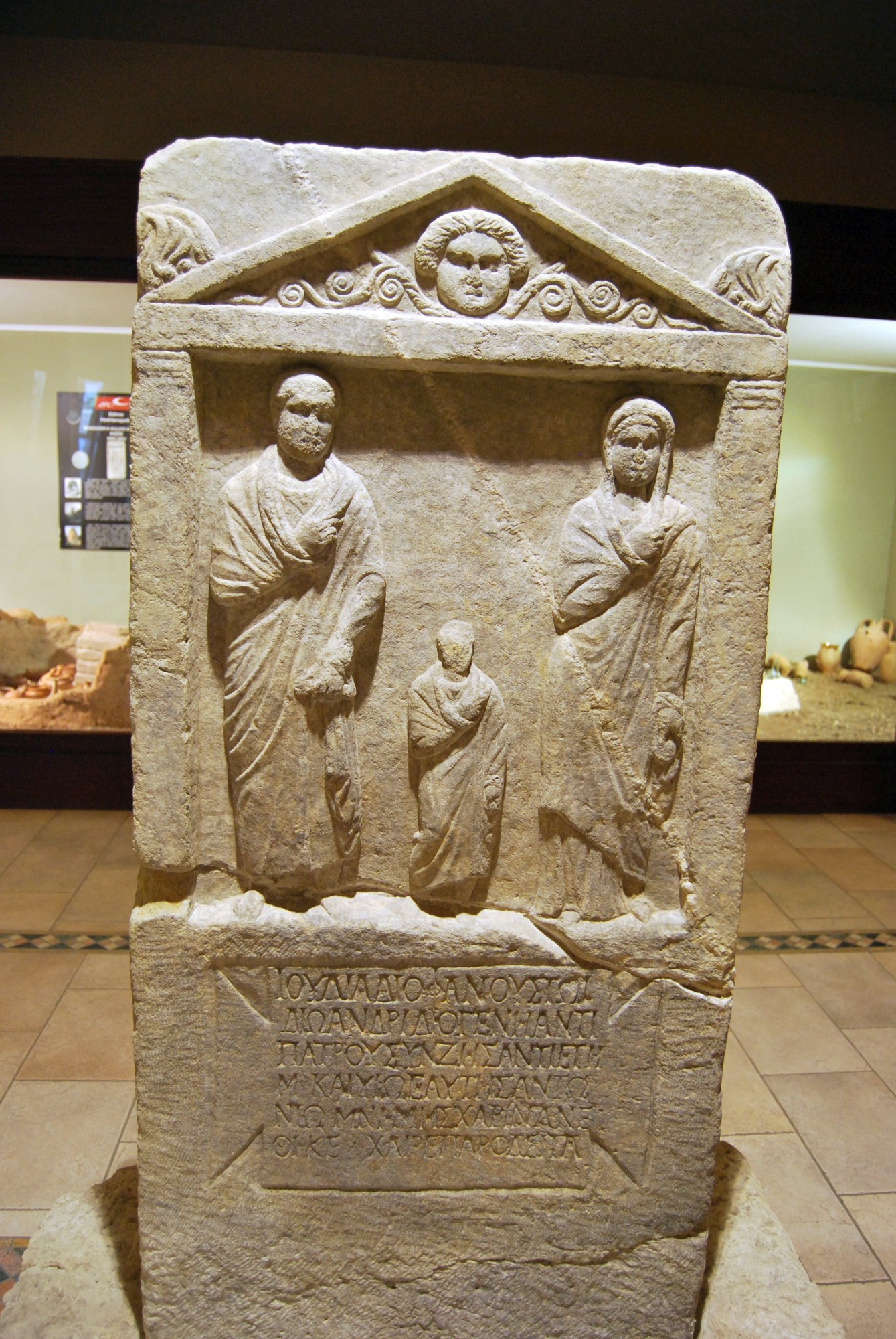 Edirne Fortress was still standing until the mid-nineteenth century. It was demolished between 1866 and 1870, and the stones were used to build a hospital, a school, some government buildings, and an army barracks. Only one of the four corner towers has been preserved, transformed into a clock tower.

The Clock Tower, standing above Hadrianopolis excavations area, was built much later on the bastion known as the Macedonian Tower. This tower was originally a part of the fortifications surrounding Edirne. Its name is usually explained by the orientation of the building towards Macedonia. In 1884, Edirne governor, İzzet Pasha, ordered the construction of a wooden clock tower on the bastion. It was also referred to as the Fire Tower. There were windows on each floor of the four-storey wooden structure, which was constructed on the iron framework, narrowing from bottom to top. Original clock adorning the tower was brought to Edirne from France, but it was replaced two years later.

In 1894, a new Clock Tower was built, replacing the original wooden tower. This second Clock Tower was also used as the Fire Tower. It was renewed in 1926, but it was severely damaged by the earthquake of 1953. Moreover, there were several attempts to blow the tower up using dynamite. Apparently, this barbaric act was the result of a consultation of the city authorities with the Istanbul University of Technology, which led to the decision that the tower was scouring the landscape. However, Sinan Kocaman claims that the mayor of Edirne, Sabahattin Parsoy, decided to destroy the tower after its construction was severely damaged by the earthquake. The ruined building threatened the security of the city residents. As the result of these explosions, the neoclassical part of the tower that housed the clock was destroyed. 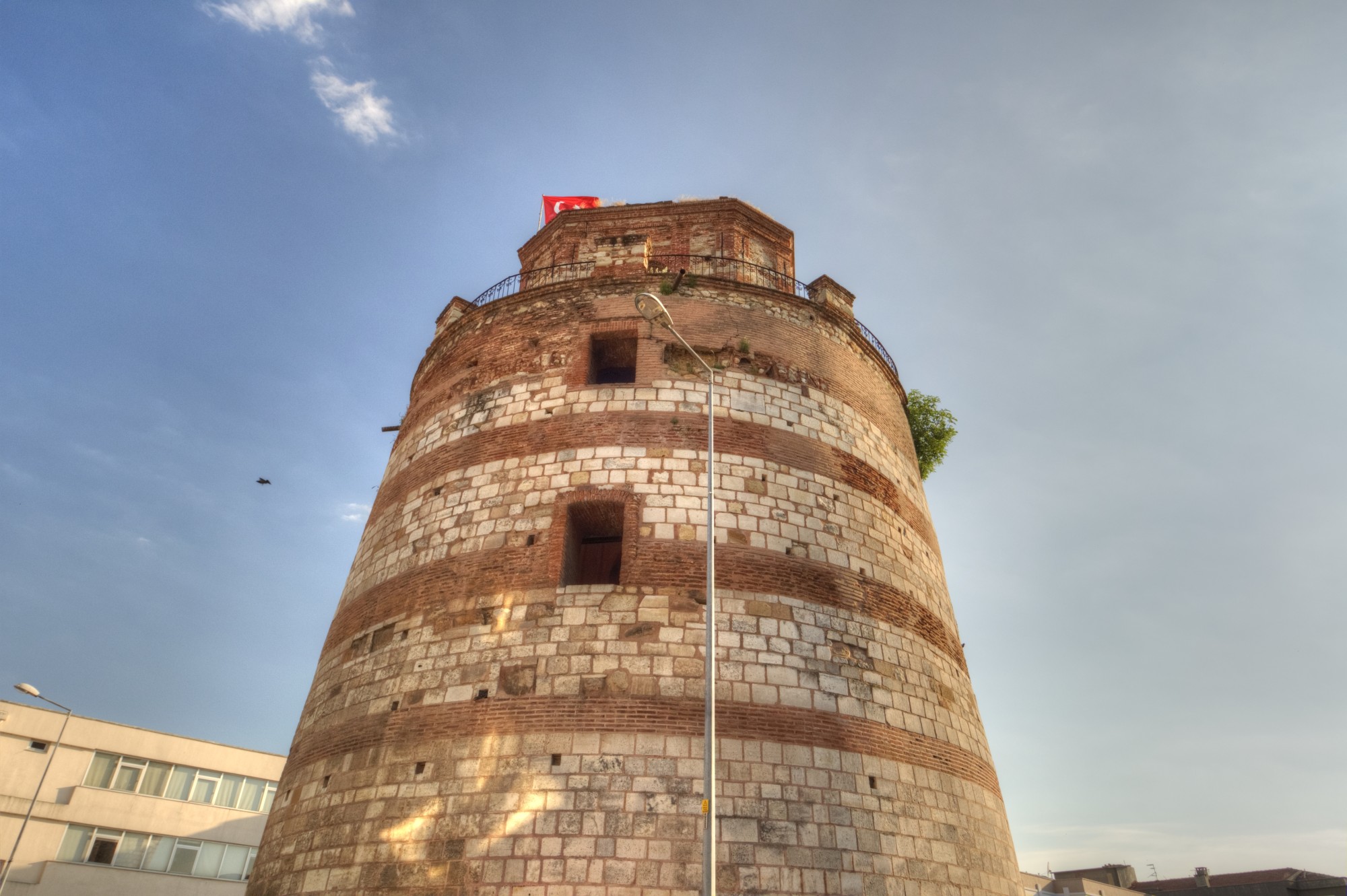 For the next 40 years, the remains of the Macedonian Tower constituted a definitively inaccurate element of Edirne landscape. It was not until the 1990s, when excavation works conducted by archaeologists under the direction of Professor Şahil Yıldırım that some parts of the building were repaired by the Ministry of Culture. As a result of archaeological and renovation works, the researchers were able to look inside the tower. The site of excavations with exposed remains of old buildings was prepared as a small archaeopark. At the beginning of 2013, Edirne mayor, Hasan Duruer, announced that a comprehensive renovation project of the Macedonian Tower had been approved, which would transform it into a museum facility. The mayor promised that the work would begin immediately, but in the summer of 2017, there was still no sign of any progress in the renovation of the tower.

The entry to the ruins of Hadrianopolis is free of charge. There are numerous information boards in this area that are partially bilingual (Turkish and English), but, unfortunately, some have been prepared only in Turkish.

There is no access to Macedonian Tower, so it is only possible to admire it from the outside.

Macedonian Tower is located in the very centre of Edirne, in the side street called Mumcular Sokak, next to the Üç Şerefeli Mosque and Sokollu Mehmet Paşa Hamam. The entrance to the ancient ruins of Hadrianopolis is just behind the tower, from Mumcular Sokak Street. The distance from Selimiye Mosque is just 500 meters.