Selimiye Foundation Museum (tr. Selimiye Vakıf Müzesi) is the place worth visiting if you want to learn more about Selimiye Mosque complex and see historical objects from the Ottoman era, including clocks, furniture, metalwork, and famous Iznik tiles. It is housed in the Dar'ül Kurra Medrese, at the southern corner of the famous Selimiye Mosque that has been a UNESCO World Heritage site since 2011.

Originating from the Arabic word "derase", a medrese is the name given to middle and higher education institutions in Islamic countries. The Seljuk Empire started to establish medreses as public institutions, offering free education. Medreses became systematic education institutions in the Ottoman Empire. They were the places of training highly specialised staff in the areas of knowledge such as the Koran, Arabic language, theology and the law. Moreover, Ottoman medereses educated bureaucrats, calligraphers and architects, according to plans and programmes prepared individually.

Mimar Sinan constructed many medreses based on the concept of arcades surrounding a courtyard, with cells and classroom behind the arcades. Dar'ül Kurr and Dar-ül Hadis medreses of the Selimiye Mosque complex were constructed as matches facing each other on the side pointing to the direction of Mecca. 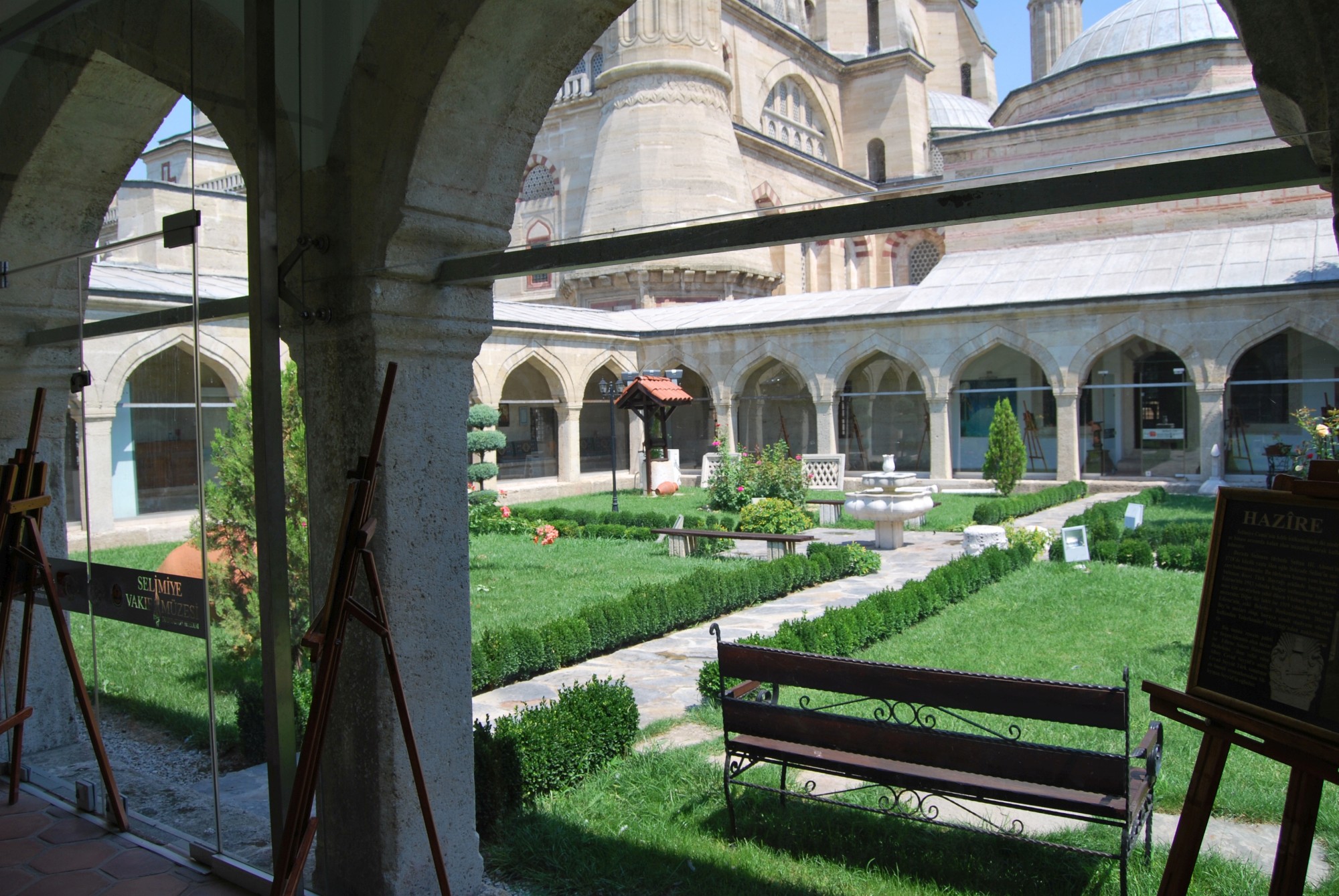 Dar'ül Qurra Medrese in the Selimiye Mosque was founded on behalf of Sultan Selim in the years 1569-1575. Its name means 'the place where the Quran is read'. The building was erected of bricks and cut sandstone blocks, on a square plan, surrounding an inner courtyard. This central colonnaded court was bordered on two sides by twelve cells, each equipped with a fireplace.

The medreses of the Selimiye complex were an essential element of Edirne's educational system. After the conquest of the city in 1361 by the Ottoman army, Edirne became an academic centre with highest graded medreses. There were 32 medreses in total, operating in the town during the Ottoman period. However, they began to degenerate, and the level of education deteriorated, starting from the beginning of the 17th century. 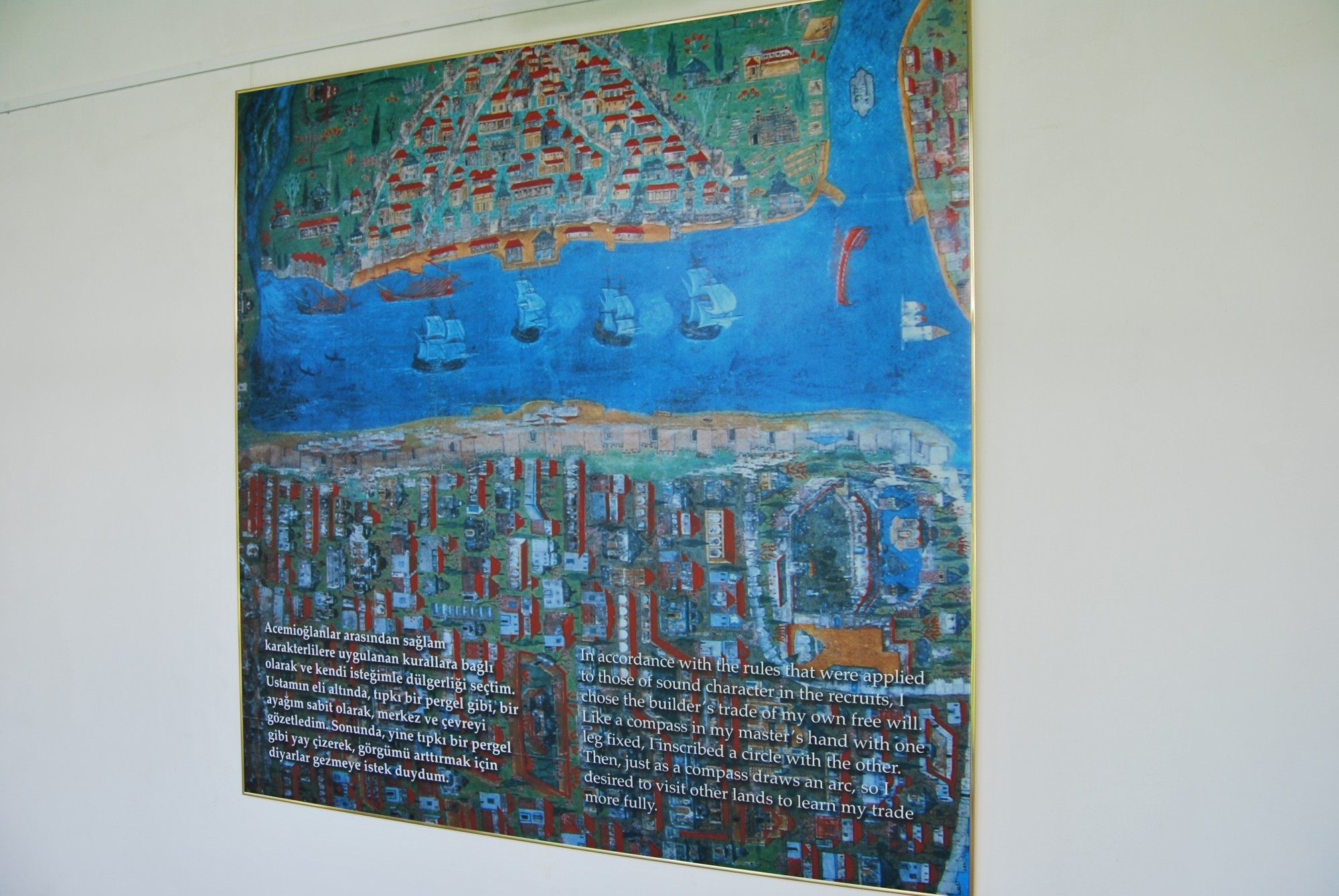 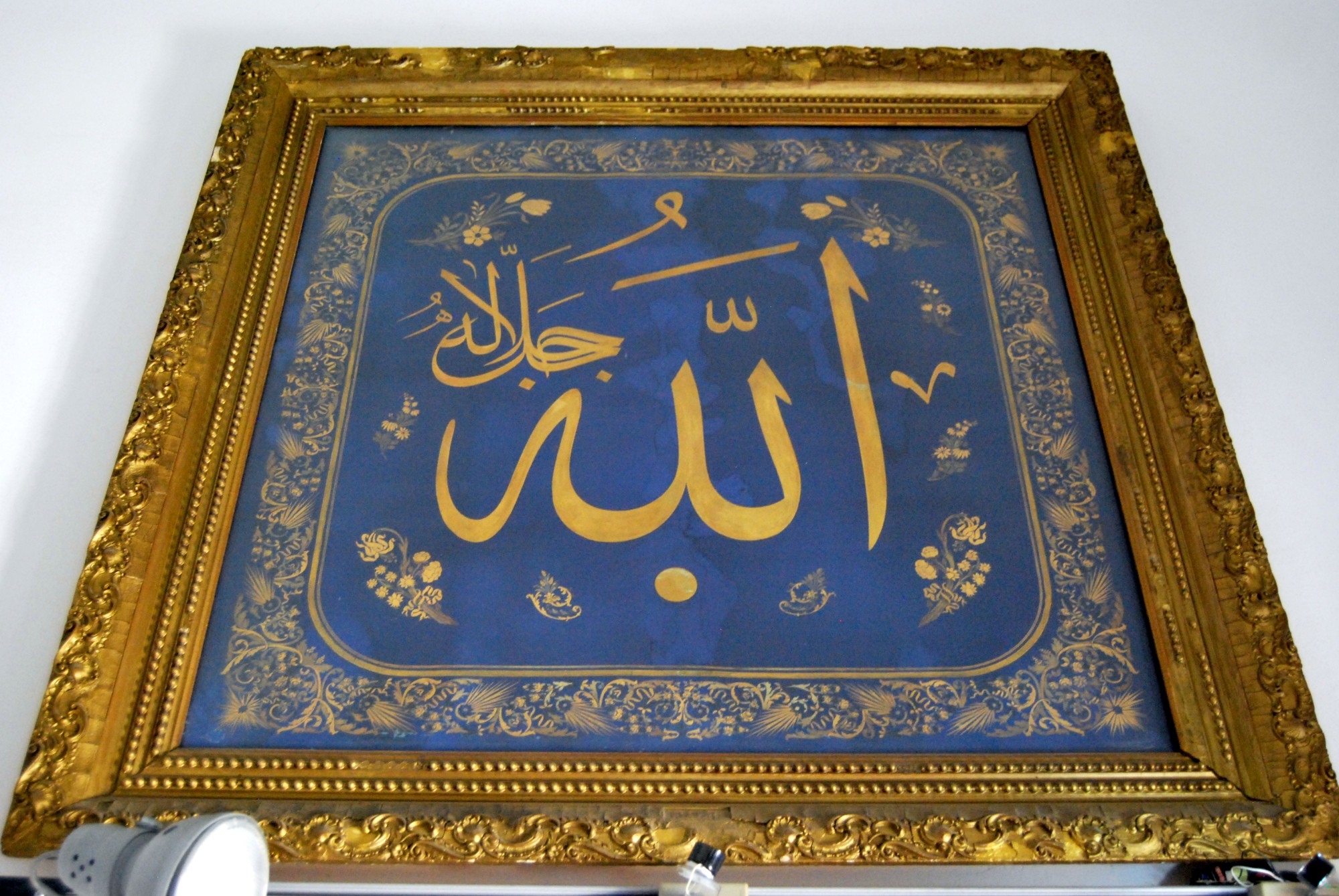 One of the most exciting exhibitions is the recreated interior of a classroom, demonstrating a lesson at the medrese. The artefacts exhibited in the museum were collected from various locations, including Üç Şerefeli Mosque and Old Mosque in Edirne as well as Ertuğrul Gazi Mosque in Istanbul. 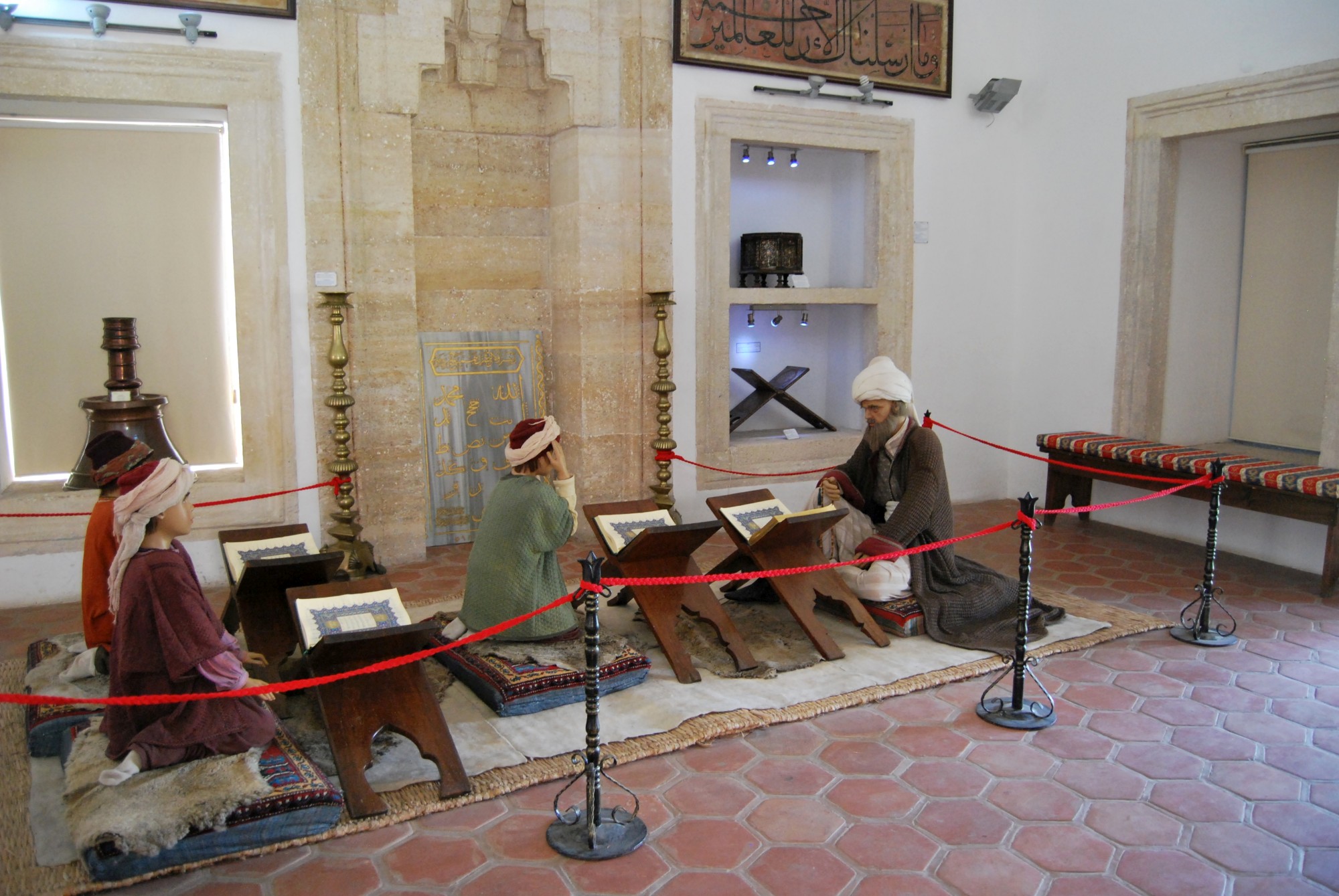 The museum is located in the Dar'ül Kurra Medrese, at the southern corner of the Selimiye Mosque complex.

The museum is open daily except for Mondays, from 9:00 am to 5:00 pm. Admission to the museum is free. The museum has very detailed descriptions of its exhibitions, both in Turkish and English.

The Selimiye Mosque complex is also home to the Turkish and Islamic Art Museum housed in the Dar-ül Hadis Medrese, located in the eastern corner of this vast area.